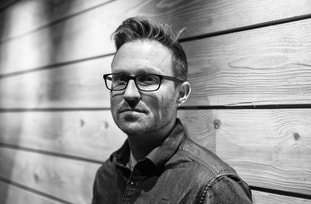 Dave Wilson is a musician, composer, and ethnomusicologist. He has worked in jazz, commercial music, and film music as a performer, arranger, and composer, with work including compositions for chamber, orchestral, big band, and small jazz ensembles.

His interests as a scholar include how music and sound relate to nationalism, belonging, social change, intangible cultural heritage, the construction of social space, and the nature of scenes. He is co-author, with Timothy Rice, of the music appreciation textbook Gateways to Understanding Music (Routledge, 2019), and his writing has also appeared in Music & Politics, Yearbook for Traditional Music, Commoning Ethnography, Arts, Ethnomusicology Review, and Journal of World Popular Music.

As a researcher in southeast Europe his work has been supported by the ACLS (American Council of Learned Societies), the American Councils for International Education, the Herb Alpert Foundation, the UCLA Graduate Division, and the Foreign Language and Area Studies Fellowship Program (FLAS) of the US Department of Education. Related to this project have been the premier of his work at the Days of Macedonian Music new music festival (watch here), collaborations with DJs in the Macedonian electronic music scene, recordings with Macedonian folk music-inspired group Ljubojna, and the album On the Face Place (SkyDeck Music, 2016) by CSPS Ensemble featuring a number of his compositions for small jazz ensemble.

Dave's recent albums include SLANT (pfMENTUM, 2019), a series of original improvisation-based co-compositions on tenor saxophone with pianist Richard Valitutto and supported by the Aaron Copland Fund for Music; and In Passing ​(SkyDeck Music, 2017), an album of original music for oud and clarinet/bass clarinet duo co-composed and performed with Gabe Lavin. In 2013, his composition Springs of a Desperate Heart was performed by the Buffalo Philharmonic Orchestra as part of the Earshot Readings in conjunction with the American Composers Orchestra and the Jazz Composers Orchestral Institute (reviewed here).

Collaborators in commercial and film music have included Tears for Fears, Dave Stewart (Eurhythmics), Engelbert Humperdinck, composer Mateo Messina, and French world music artist Jessica Fichot. His performance work has taken him to the stages of the Chicago World Music Festival, the Lotus Festival, the Guadalajara International Book Fair, the London Palladium, the Sydney Opera House, and the Araneta Colisseum, where Ali and Frazier met at the "Thrilla in Manila."

Dave is currently the Director of the Jazz Performance Programme at the New Zealand School of Music–Te Kōkī at Victoria University of Wellington, where he is Senior Lecturer in Music, and he serves on the Jazz Advisory Panel of the Wellington Jazz Festival. He received an MA and a PhD in ethnomusicology from UCLA, and he completed his undergraduate degree in Music Education with an emphasis in saxophone at Indiana University.